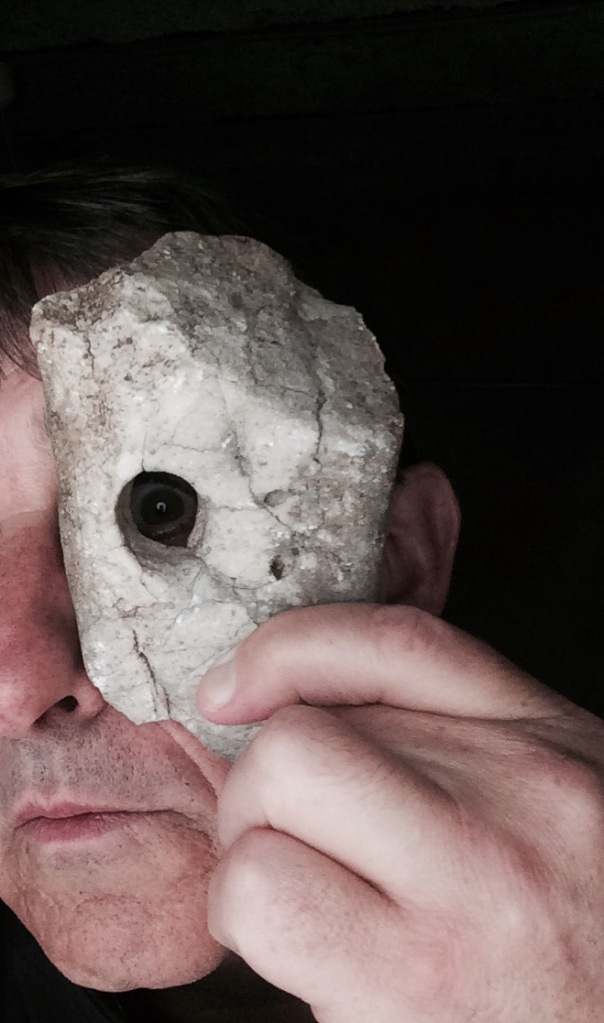 The Museum Of Loss And Renewal
Residency 2017
Collemachia. Molise, Italy

I was motivated by the need for an exteriority and an interiority; a ‘double movement’ in which to drift.

On the flight to Naples a prisoner being expedited. A plain clothes policeman held onto the young man’s arm. He was handcuffed. The captive was lean – he had a Peaky Blinders type haircut. Captive not fugitive, he seemed so present that he wasn’t there, or so absent he was all present. An internal drift was taking place; he was drawing on some interiority to move into.

A fugitive has to navigate, not drift. Giving the impression that one is drifting may be necessary, but one has to always navigate. The course charted may have to change moment by moment, the route constantly being altered. This could appear, from the outside to look like drifting. Creating pockets of movement not resistance. The fugitive makes reality drift by hiding in its structures. The fugitive, even when captive, is a drifter – since he is always in movement, even when standing still, because he has many times before needed to drift whilst being motionless. The image: a fugitive cloud eclipsing itself.

The residency helped me to realise a new body of work. It also helped me figure out my relationship with the picturesque and my need to fissure it. I walked the paths out of the village and into the hills. I came across a very basic wooden cross slotted into stone and then in a clearing the chapel of La Madonna del Morzone, where Mary is said to have appeared to a shepherdess, in a landscape of apparition. I made the pilgrimage to Morzone numerous times. On one occasion I sat drawing on route; I drew mainly shadows as low cloud drifted constantly over the mountains and valley’s.

I came across two Italian men, or I should say they came across me: I startled them. I was perched on a rock drawing. I had a tea towel under my hat (to keep the flies and bugs away), I must have looked like a cross between Beau Geste and Mother Teresa, an apparition no less. The two men were looking for mushrooms. I wonder what it might mean to be an apparition to one’s self, to appear to oneself. Absence always precedes presence, blinded as we are by our own visibility. Mary is always an apparition.

During my stay I developed a way of ‘going on’ in the landscape one where I would loose myself. I would then try and locate myself via a cloud, a rock, a tree, and the cry of a Magpie. I would then attempt to hold them in some sort of tension. I would do this for a long time: it altered how I perceived the natural. I would sometimes look at things intensely in macro then abruptly shift my focus to the horizon, things would break down, I could then see without viewing, and without describing.

Walking the tracks and paths above Collemacchia was initially a way of relating to and then moving beyond an internal landscape. Walking, looking, drawing, and breathing in the landscape became a way of consenting to being lost, to being undone – weathered as rock, as bone – made vulnerable. Essentially, the work was about loss and renewal. I remember one particular afternoon – there wasn’t a cloud in the sky, a skittish wind – one that would spook horses. I lay beneath an oak tree looking at the leaves blowing in the wind and felt the kind of contentment that comes with a lack of ambition.

The residency gave me the opportunity to reinvigorate my drawing practice and observe its influence on the performance, text and image work. The concentrated and undistracted period of time meant that I could stumble, grope and fumble my way into some sort of consciousness. It has made me realise how important it is for me to make work that is allegorically open to the present and is dedicated to experimental openness and deep-rooted exigency.

I was deeply affected by a visit to a museum to II Museo per la Memoria Storica de Territorio in Filignano, and by an exchange with Eugenio Verracchia. His extraordinary collection of objects relates to the brutal conflict that took place during World War II in and around Filignano, Collemachia and other Molise villages. Including sculptures Eugenio has made from mortar shells rescued from the debris of war, the detritus of the era still being found in the landscape. Accumulations and remainders have extraordinary personal histories attached to them yet Eugenio is a collector, hoarder, curator and archivist who does not fetishize. Engaging with the objects and talking with Eugenio revitalized my proclivity for thinking through objects. Inanimate objects are not numb and unresponsive; they incentivise, they contain the past and the future present.

A special thanks to The Museum of Loss and Renewal, Tracy Mackenna & Edwin Janssen.